Showing posts from May, 2019
Show all

May 05, 2019
Making Scandinavian Cinnamon Rusks at Home In Scandinavia, "day-old bread" is sliced and moistened in milk and/or cream, then sprinkled with sugar and cinnamon before being slowly baked in a low-temperature oven. This is the simple formula; every Scandinavian who makes this traditional toast or “cinnamon rusks” has his or her own technique. Cinnamon toast is a popular accompaniment to coffee. Scandinavian coffee is typically brewed “strong” using light-to-medium roasted beans. My Swedish grandparents had this traditional combination of cinnamon toast (kanelskorpor) and coffee every morning, though they did not make it themselves as I do. I sometimes use home-made brioche loaf for this purpose, as it produces a very light cinnamon toast or kanelskorpor. Cinnamon is a health-promoting substance in many ways. Here is an article by Dr. Joseph Mercola on the health-benefits of CINNAMON. ©M-J de Mesterton
Read more
More posts 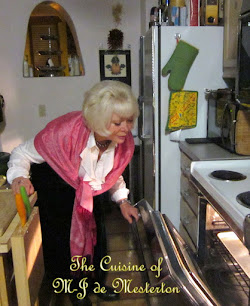